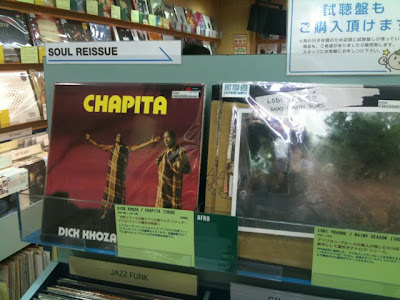 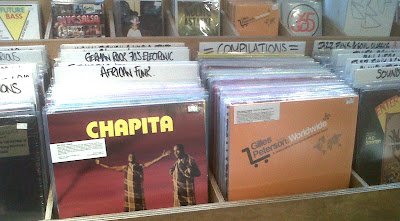 Sounds of the Universe, London, UK 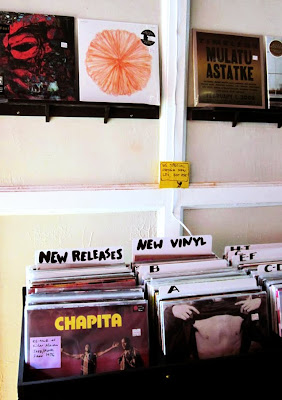 A BIG BIG THANK YOU for the wonderful response to the release of Chapita which is now almost completely sold-out in the limited vinyl edition. A CD version will be available shortly. The sleeve-notes will be updated to include new information from a 1986 interview with Johnny Dyani (see Kagablog) and from Lars Rasmussen's books on Dyani and the Cape Town jazz scene.
A number of people have asked me about other recordings of Dick Khoza and to my knowledge I am aware of him playing on the following:
1. Pondo Blues by Eric Nomvete's Big Five, from the 1964 Cold Castle Jazz Festival (see Electric Jive)
2. Tete's Big Sound by Tete Mbambisa, February 1976 on the As-shams label. This particular LP is earmarked for re-issue by Matsuli Music along with unreleased recordings from the same sessions.
3. Imbalela by Dick Khoza, from sessions at the SABC archived on the African Renaissance series of CDs. These are now deleted but it appears PLAY.COM still have a few copies. You can preview the track here:

The band Dick Khoza took into the studio to record Chapita included members of the Pedlers who can be heard on the LPs recorded by Patience Africa (BL175) and Mpharanyana (BL173). 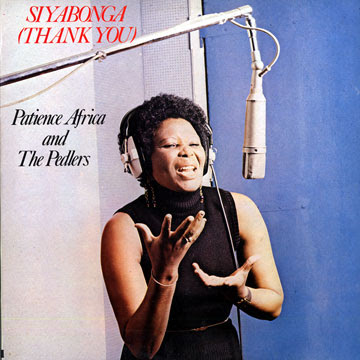 As a special treat I am sharing a rare 1974 DAWN label single with you that shows off the Pedlers by themselves. I am certain that the club they allude to can only be the Pelican where they played for a number of years with Dick Khoza as leader and stage manager. 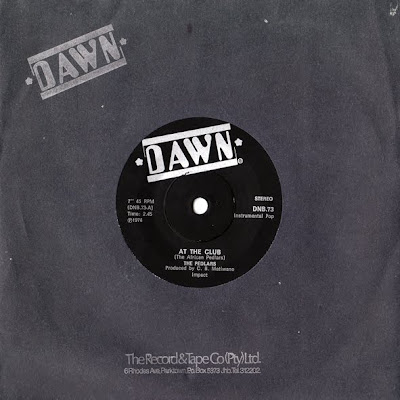 At the Club - The Pedlers