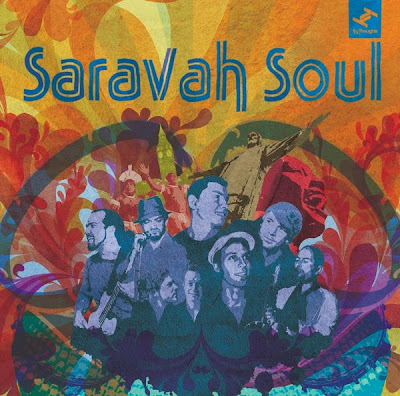 "Exploding out of the rich cultural mix in the melting-pot of London’s underground music scene, comes the exciting and original sound of SARAVAH SOUL. This half-brazilian, half-british outfit has drawn upon unashamedly old-school flavours to create a new genre of RAW AFRO-BRAZILIAN FUNK! Fronted by fiery break dancer Otto Nascarella, the intensity of their live shows has earned them a reputation for wild performances and a rapidly expanding fan base. Now their ground breaking first album (self-titled Saravah Soul) has caused an international stir amongst record labels eager to sign them, and the band seems set on an unstoppable rise to even wider acclaim."MORE/SOUNDSAMPLES 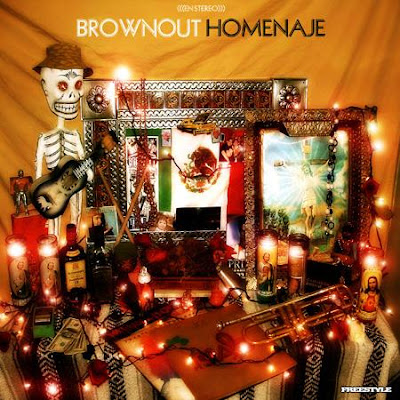 ""Homenaje," Spanish for homage, is the debut album release from the Grupo Fantasma side-project (who recently supported none other than Prince on his recent UK tour) and gives more than a mere nod to late '70s Latin-funk acts like Joe Bataan and Santana. From the Fela Kuti style Afro-beat of "Con El Brownout" and "Chema's Contraband" to the smoldering neo-soul of "You Already Are" and the incendiary cover of Manu Dibango’s “African Battle”, the nearly all-instrumental album avoids stagnation by switching gears rapidly between tracks." MORE/SOUNDSAMPLES
at 12:28 PM