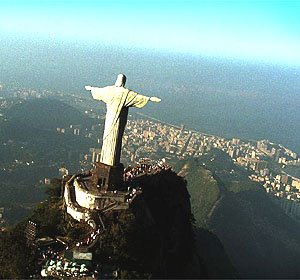 I got so frustrated trying to download the Gilles Peterson podcasts from the Brahma beer site that I have uploaded them to a more sensible server. If you don't know who Mr Peterson is I suggest a quick look here. Gilles Peterson is an influential DJ and record-label owner from London, UK. Through his labels Acid Jazz and Talkin' Loud he has been associated with the careers of countless well-known artists of the 1990s. He is also well known as a radio DJ: he used to have a radio show on London's Kiss FM dance music station, but was recruited to the BBC's youth-oriented Radio 1 in 1998. Peterson is known for his eclectic musical selections. Though not as "anything goes" as the late John Peel, he plays anything from dub and reggae through jazz, nu-jazz, soul, neo soul, R&B to drum and bass, house, broken beat, hip-hop and Jazz-funk. Widely acclaimed as a musical tastemaker, spreading his influence on music listeners around the world mostly through his Worldwide radio show, on BBC Radio 1 which is also broadcast live from the Radio 1 website, and frequent gigs around the world. He has recently started a new record label called Brownswood - named after the house he had to move out of after his record collection became too big, and which now acts as a warehouse for his enormous collection of vinyl.

Whilst in London during the eighties I went to a few sessions on Monday night at the Wag where he was DJing with the likes of Patrick Forge and Baz Fe Jaz. Then later on in the nineties when he started the label Talkin' Loud it was his compilations Brazilica and Blue Brazil (for Blue Note with Joe Davis) that I really loved. For the London label Ether he has put together two Brazilian compilations focusing on both old and new styles. All of these are highly recommended although you may also want to explore the compilations done by Joe Davis, DJ Cliffy, Patrick Forge and the good folks at Strut (before they folded).

More of the podcasts from the corporate sponsors soon...

send me your mail at
bdevilmorin@free.fr

Did you know that the currently hottest reggae singer who’s worked with the famous Sly n Robbie, Nick Manasseh, and future cut has free music you can download at www.avaleigh.co.uk ?go get it.