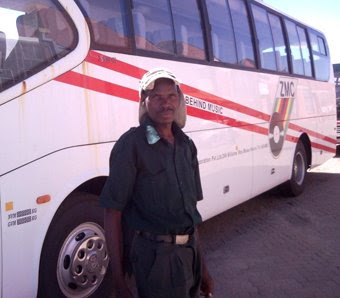 Its almost 20 years since I last visited Zimbabwe but my partner in musical pursuits and Matsuli regular Chris was in Harare last week with news of music, (lack of) water and resilience midst a crumbling and skewed economy.

"The talk is that not much seems to have been publicly offered to show the impact of the ‘inclusive’ government of three weeks’ standing ... a deputy minister designate languishes in jail on treason charges ... Tsvangirai scuttles off to Botswana after his head-on with a USAID freight truck that killed his wife ... people I spoke to said they could not get their hopes up yet as these had been dashed so many times before – they needed more evidence of a new trajectory ... donors are beginning to talk ‘recovery’ – Ambassadors are returning and bowing before Mugabe to have their countries accredited once more .. huge amounts of money are being poured in, but in parallel to Government systems – which creates its own inefficiencies and potential ‘holes’ ... Unicef has agreed to pick up the bill for 20 000 health workers – at an average rate of $100 U.S. per month ... and it seems the same is going to happen for teachers ... hospitals are all but shut down, and the private ones are short on some key supplies – if you are a worker or unemployed in Zim, you basically do not have access to health care...the ‘dollarisation’ of the zim finances is a big step – rands and dollars are legal currency, but this to is having quite an inflationary effect in the short term as people try and profit by rounding up prices – so, things are expensive relative to South Africa ... overall it will balance out, and will have a very big effect in generating confidence and activity in the private sector.

"There is a big push from government to start collecting revenues and taxes again, and they are hitting the soft targets – which in turn threatens to squeeze these small guys out of business ... the friend I was talking to said his coffee shop business now faced rates in U.S. dollars or rands that were about ten times higher than they had previously been paying – and they did not receive any services – they did not have water at the business for more than three days – have not had it at their house for five years – the road outside their business is literally more potholes than road – and there is no waste removal – he has to pay the municipal workers ZAR 100 upfront to come and take his restaurant waste away.

"So – all in all an amazing illustration of a collapsed and melted economy in which people still smile and are friendly and make you feel human and welcome. There is an alternative barter trade and strong sense of community created from being in the same boat ... there is still some hope, but also a lot of worry that the MDC entry into the inclusive government will result in ZANU making space at the trough and MDC becoming not much different."

Chris mentioned that ZMC and Gramma are still in operation with a number of existing and forthcoming CD reissues of old material in the forthcoming years. Vinyl was a little more elusive. 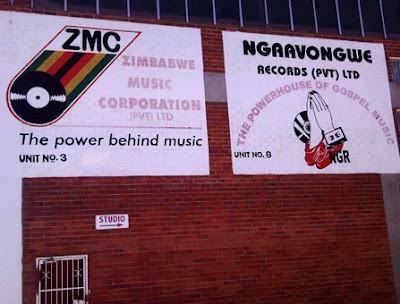 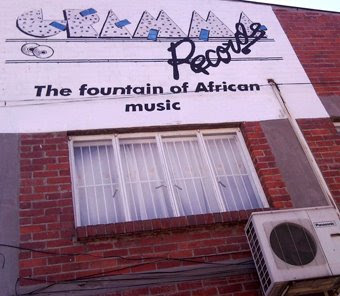 wow, great to hear about what it's like there, so far but not so far since part of the world, we are all responsible for zimbabwe.