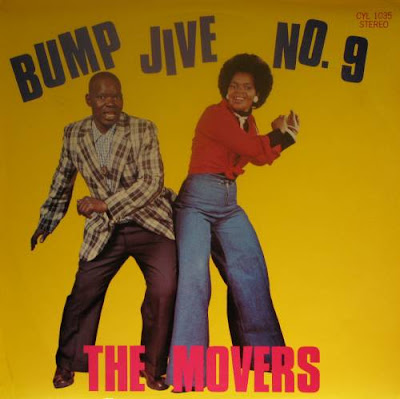 The Movers were "discovered" and first recorded by Hamilton Nzimande. But it was only with subsequent mentor and producer David Thekwane that they gained real success and fame. Their records sold incredibly well in South Africa as well as being released in the USA, France, UK and on the African continent. Archivist and musicologist Rob Allingham insists that their secret was to temper soul with a healthy dose of marabi: "The organ remained a prominent part of the foundation, but in addition to the usual chord patterns keyboardist Sankie Chounyane played intelligent , jazzy solos. More importantly the Movers' sound featured prominent saxophones." Rob, who ran the Gallo Archives for many years was recently working on getting all the original Movers LPs reissued as part of Gallo's Early Years project.

The whole "bump jive" craze spawned many records and the Movers were at its centre with the tune Bump Jive. Bump Jive itself features keyboards that seem to be "treated" in a similar way to Abdullah Ibrahim's piano on Mannenberg (apparently coins were tipped into the piano which give it that unique sound). In addition to the organ-led marabi-jazz style of the mid seventies the Movers were also active with a number of vocalists such as Mavis Maseko and had a string of hits including How Long?, Mama Lisa and She Loves You. If you want to hear more then I suggest picking up the two volumes of their greatest hits CDs available at oneworld.co.za However you can hear a sample of their mid-seventies work on this LP being shared today. 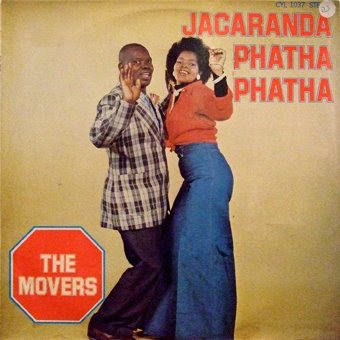 Thanks Matt for this post ..is there a Movers discog? - the link to purchase 'Movers' links to vol 1 only - the one world site is difficult for me to navigate and find vol 2 to put into my basket - nor could I find Vol 2 of Mathaka ... hope they upgrade their site to make search easier.
Chris A

Yebo Matsuli,they are getting better and deeper all the time.Just after the upload ,Bump Jive followed them on my I-Tune playlist and I was amazed this Mannenburg connection,excellent stuff!Is Rex Rayebane also connected to these musicians? Thank you,and keep up the good work and about that Western influence thing,Cross Poly Nations makes the nectar sweeter!

great music ! thanks for sharing !

This has been a very significant blog indeed. I've acquired a lot of helpful information from your article. Thank you for sharing such relevant topic with us.