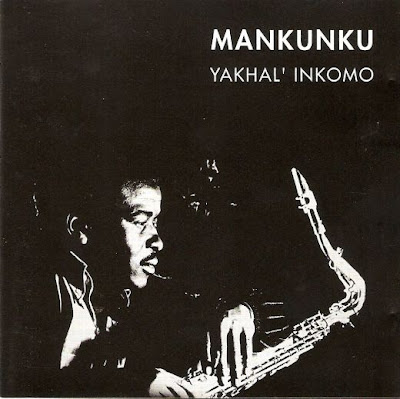 In 1968 Winston Mankunku Ngosi - together with bassist Agrippa Magwaza, pianist Lionel Pillay and drummer Early Mabuza - recorded and released the LP "Yakhal' Inkomo" (the bellowing bull; the noise made by cattle as they go to the slaughter). In the same year Winston received the Castle Lager jazz Musician of the Year Award. "Yakhal' Inkomo" became one of the biggest selling jazz albums of all time in South Africa, re-released by Teal in 1975, 1985 and 1989 before making it to CD in 1996.

Imagine how frustrated Winston must have been when this show (and recording) was set up by Ray Nokwe's Jazz Appreciation Society and he found himself stranded at Johannesburg Airport! Its a very good recording of a great evening. Who knows what might have been if Winston had made it. To my knowledge this LP has never been anthologised or re-issued. Looks like a short-run private pressing. I found it by chance in a pile of reject LPs at Chilli Vinyl in Johannesburg on a recent trip. The cover grabbed me and then I couldn't quite believe what I was holding. Funny how the LPs find you. 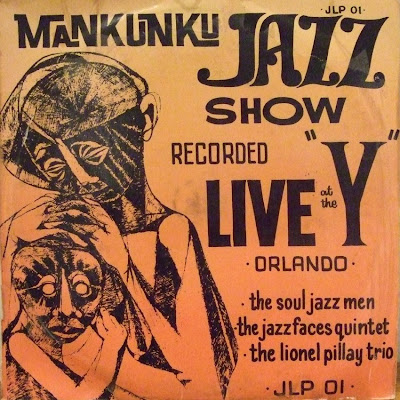 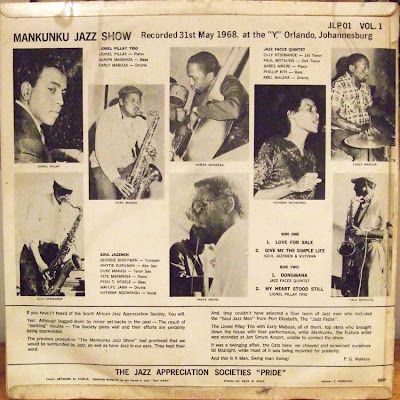 I discovered Mankunku via the title tune of "Yakhal' Inkomo" on a sampler. It took me a while to track down the CD reissue, and I love both albums on it!

Indeed amazing to imagine what this might have been! But I'm most excited to be able to hear this album, even without Mankunku!

Wow! This one is a stunner. It is a pleasure to hear pianist Tete Mbambisa. I believe he is the inspiration for Dudu Pukwana's "Tete and Barbs in Mind" on the Diamond Express album. Also great to hear drummer Early Mabuza who played so beautifully with Kippie Moeketsi and the Jazz Epistles.

It is a great joy that you have shared this. Thank you.

thank you so much for this great south african jazz record

Any chance on getting a re-upload? Many thanks!

please, could you reup this? i'd love to listen it.