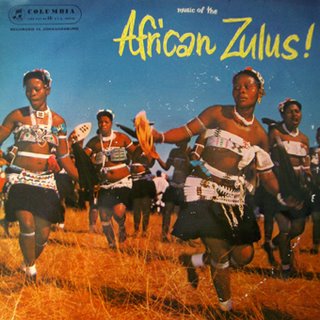 Not well known at all is a record in a similar vein recorded in Johannesburg in 1957. This time a woman must account to the judge through an interpreter for having been found "babalas" (i.e. with a hangover). She is unsuccesful and is sentenced to "THREE MONTHS LABOUR, NO FUN". The song is taken from the Columbia LP Songs of the African Zulus and is a compilation of South African urban music from 1957. More tracks soon. The back cover book-ends todays posting. 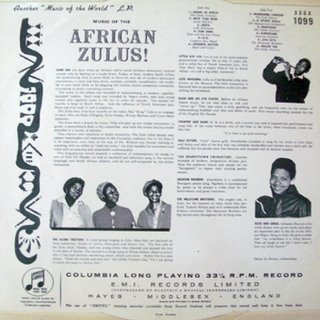