Feel the Pulse of Amampondo 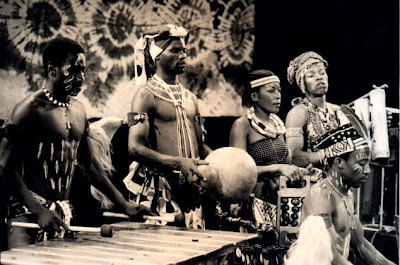 Anyone who has experienced the live force of Amampondo is almost certain to have been disappointed with their recorded output. Nothing quite matches the spectacular energy and passion of the band playing live. Except perhaps for this single which was released in 1984 and has long since been deleted. Just a year earlier I was involved in hosting Amampondo live in concert at the University of Pietermaritzburg's Old Main Hall. The lo-fi recordings we made of that performance are still remarkable. Before listening to the blistering 915 take some time out to listen to the Amampondo version of Qongqothwane aka The Click Song recorded at that 1983 concert. 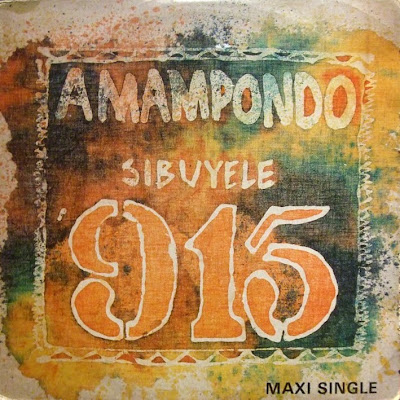 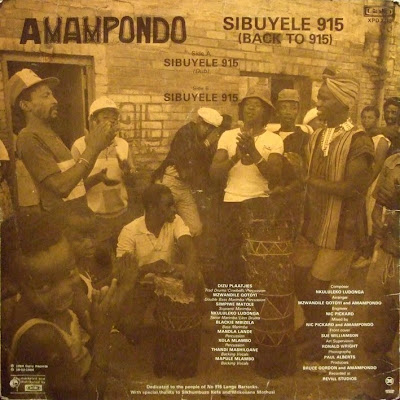 thanks for this raw,Amapondish Sibuyele
All the best for all year.

Hot song for Party!
Thanks & best.

Great music! Can anyone direct me to more 'dub' from Africa? Cheers.

A very late thank you for posting this massive recording. Unbelievable that it has not been reissued. Thanks, mate.