Back to Africa Pt 7: Diggin' Jozi 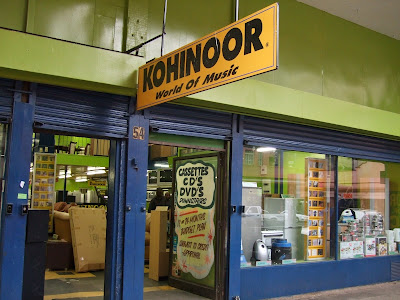 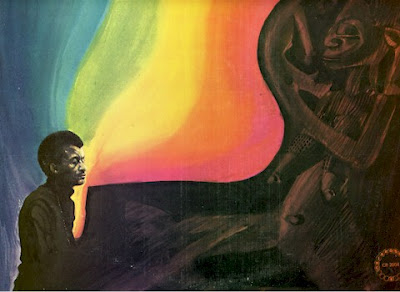 On Saturday after arriving late into OR Tambo ariport and with precious little time on my hands I got downtown to Rashi Valli's Kohinoor store on Market Street. Back in the '80s this store was a regular stop-off on any trip to Johannesburg. (In fact the other store downstairs from Kapiteins Restaurant sometimes had better stock). Anyway I was vainly hoping that stocked away in the basement there may just be a pile of precious vinyl from the seventies period of jazz produced on Valli's As Shams label, including Dick Khoza's Chapita and other items. But it was not to be as the vinyl stock held few surprises. The original artwork that appears on many of the As Shams releases is framed and displayed on the walls and behind glass are eight tracks in original packaging. I got a few interesting things and got Rashid's number from the cashier. Today I spoke to Rashid about the fact that Dick Khoza's LP had sold for $360 on ebay last week and he was amazed. So I'm cooking a plan. On Sunday morning I had the fortune to pick up the Hal Singer LP that was recorded for As Shams at the Rosebank collectors market. Its very mashed up so I'm hoping I get a workable digital transfer when I get back to the UK. Time has been short with business meetings and hooking up with family and old friends. Tomorrow night into Tekwini. Peace
at 9:34 PM

Looks like an amazing trip you're having. Cool to see you made it to Kohinoor. It was a right memory lane moment seeing the pic; I used to spend many a lunch hour in there when I worked in that part of town years and year ago. Enjoy your mission. -- Murf