Four in One Serenades Special! 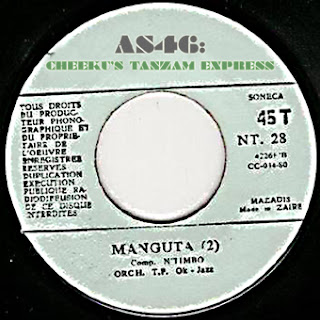 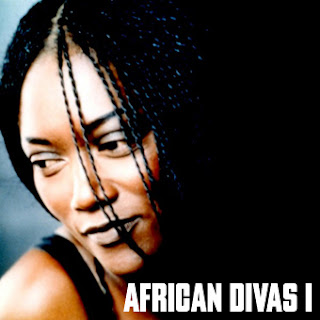 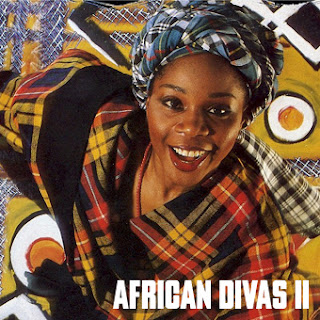 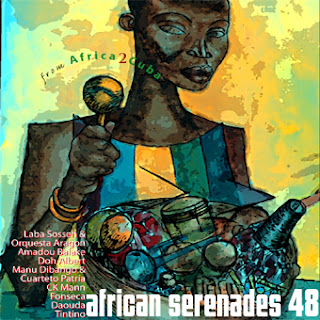 As promised here are the next installments in the African Serenades series. Still to come are AS37 - Tony's Zimbabwean Singles and AS50 Matt's Psychedelic Daze.

Volume 46 has been compiled by Cheeku with some killer rare tracks that you won't find anywhere else. The African Diva volumes (47a and 47b) have been put together by an John B from equally obscure sources but the sound quality is top-notch. The second From Africa to Cuba volume (48) comes once more from artist Ken Abrams. Tracklistings can be found in the pdf covers in the download folder.

For a number of reasons I am using the Badongo service instead of SendSpace. Because of the size of the files you need to download two parts and join them. This should not be too difficult.
UPDATE @ 17.36 GMT on 12 April:
The badongo service is the pits....will be reloading later today to SENDPSPACE.

Is anybody else having troubles with this new download system? (I keep getting a corrupt file for the second part of this download.) This is for african serenades 46, haven't tried the others yet.

Thanks for all the great music. Your site is my favorite on the web!

My AVG virus checker won't let me open the downloaded file-merger, which it warns contains "Hidden extension.bat". Is this a false alarm, does anyone know?

Badongo requires you to download their software to put the files together again.

this is problematic for a number of reasons, and could even be spyware or adware.

could you use a different service like zshare.net (which allows for 100mb uploads)?

the great music on Matsuli is less useful if your readers can't listen to it!

Please go back to zshare, completely unable to download onto mac.

Oh dear - I seemed to be able to make it work and had downloaded half of all the files ... and the whole of AS 46 ... any chance you can keep both links for now? Chris Albertyn

Please don't use Sendspace - I never NEVER get anything from there!?
It always says "Sorry, the free service in your location is too busy." Damn it!

Enough of the complaints. I absolutely loooove your blog and your efforts with the whole African Serenades and beyond! Thank you!!

Just to bad that I have only been able to download a handful of 'em. Anyone who use Soulseek and share them there?

Thanks, Matt. I'll look forward to the repost. I've never had a problem with sendspace. Hopefully this badongo software didn't install spyware (yikes).

That's great news about some new Syliphone comps via sterns. The Bembeya cd is magnificent, so i'm very excited.

Are teh new links not available yet? I can't seem to see them.

Dear Mr and Mrs Anonymous
Badongo works fine with Mac. Issues with zshare and rapidshare are that files are limited to 100M. Most of these are 140M. So it will have to be sendspace unloess a kind benefactor come to my service with a fast internet connection and service space I can use.

Those should be good for a few days at least.

I just checked and apparently the link for Pt. 1 works but not Pt. 2. I don't know why this would be as I actually uploaded Pt. 1 first.

ANYWAY, I don't have time to upload anything tonight, so you'll just have to wait for Matt to upload the two folders again (hopefully soon).

I'm eager to hear what people think of "African Divas."

is it just me, or is sendspace really slow and clogged up ... best i can get (with broadband) is 6kb per second, which translated into more than 4 hrs download time ... agree, badongo is the pits! African Divas one is diverse, good and bouncy John B - thanks

It's working great now, thanks for reposting!

great great stuff!! sendaspace works fine for me.
Thanks a lot!

Thanks for reposting, Matt - much appreciated.

Oh! These look so good! Haven't had time to listen yet—but I know they'll be great. Thanks so much to Cheeku, John B, and Ken Abrams. I'm so pleased to be in their company. And once again, great thanks to matsuli for organizing this whole African Serenades series. I feel that it is a vitally important effort in the preservation and presentation of African music.

Matt,
Thank you for sharing this splendid collection.

Thanks to people who have contributed to the series. I have all volumes (with 2 or 3 missing tracks, that's right). It's a fantastic travel and a splendid initiation to African music. I'm waiting volumes 37 and 50 impatiently.

A big...big up to cheeku. His "TanZam Express" drive me crazy.

Thanks one more time

everyone is having troubles with the new download system. in my experience DIVSHARE is the best when sharing files like these. they are easy to organize and you can set them to private or public. the best part is THE LINKS NEVER DIE!! this is what i use for uploading files to my blog.

you should try it matt. www.divshare.com

anyway this is my fav blog. keep it up! PEACE

Big thanks to John and Ken for their compilations - great great stuff.

Aduna,
I've enjoyed your blog for some time now and I'm glad you liked the one I put together, though some of the source material was of less than pristine audio quality (to put it mildly)

I actually tried to contact you a while back trying to find some info about one of the guelwar band tapes you had posted a song from. Drop me a line at zimbida@gmail.com

On ms bazu's suggestion I reupped Wax d'Afrique Vol. 2 aka African Serenades Vol. 49 from www.blackmagicplasticbullet.blogspot.com to DivShare. It seems to work great except that I am not getting my confirmation emails. So, anyway, if you didn't download yours yet 'cos you can't stand SendSpace now you can try DivShare. I'll get Wax d'Afrique Vol. 1 aka African Serenades Vol. 36 back up with a bit of an essay in a week or so.

Thank you very much. Great work, particularly the African Divas.

is it possible to you to upload african serenade vol 36, wax d'afrique vol 1, i will be very happy to listen to it

Cheeku and Ken have done a wonderful job with their two latest compilations. They're both getting continual play on my car stereo.

I thought I was being all clever and everything naming my collection "African Divas," but I see there's another CD out with that appellation.

Please, please, please!
I have seen other sites like yours give up in frustration because of the files being deleted. One of the best
sources is something called "Sharebee" -

They upload your files to different sites simultaneously, so that your guests can have a choice - PLUS, they guarantee that your files don't disappear. There's another company that does this too, but I'll have to get back with you on that. Here's an example of a site that uses Sharebee. Just click on a download link and you'll see what the window looks like (with your choices of download sites):

Please don't get angry and abandon the site until you try at least Sharebee and/or another site that has theft protections.

Rod-
Thanks for that. I've tried Sharebee but the issue for me is that many of the comps I post are greater than 100megs...

So, there can't be "Part 1" and "Part 2"? It would seem a simple thing to do in order to ensure that your recordings stay available. I envy those who have the time to catch the Serenades series within the couple of days that they're available.

Rod-
COntact me via matsulimusic < at > gmail.com
We'lill sort somethign out

All but one of the Sendspaces are dead. The issue remains unresolved, and I ain't downloading some jive-ass Badongo spyware to get them.