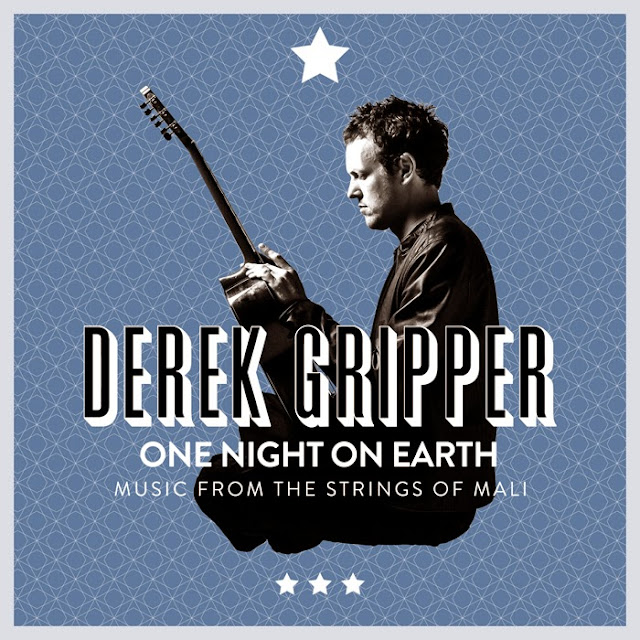 Matsuli Music presents an album of kora interpretations that astonished John Williams into saying he thought it was “absolutely impossible until I heard Derek Gripper do it”. When Kora maestro Toumani Diabate heard these recordings he disbelievingly asked his host and producer Lucy Duran to confirm that she had actually seen one guitarist play this music on just one guitar. Recorded at an all-night session Gripper’s guitar magically counjures anew a centuries-old ancient African musical heritage.

One Night on Earth: Music from the Strings of Mali, captures Gripper’s extraordinary six-string interpretation of Toumani Diabate’s 21-string Kora compositions. Gripper’s “guitar has found the Kora-playing spirit, he captures the magic bound up in the way it is played”, says Williams, who has invited Gripper back a second time to collaborate in “The John Williams Series” at the Globe Theatre, London in June 2015.

For more than ten years Derek Gripper has produced some of South Africa’s most extraordinary musical works, fusing the country’s disparate creative traditions with styles from around the world. His music draws on European classical traditions, avant-garde Brazilian works, Malian kora works, Cape Town’s folk styles such as goema and vastrap, and Indian classical music, all the while synthesising them into a style uniquely his own.

Tim Panting writing in the Classical Guitar Magazine describes this as “…one of the most atmospheric recordings of guitar music, of any kind, that I have heard.” And in music journalist Richard Haslop’s words “Anybody wondering why one would want to hear a South African guitarist play this music when the incomparable original recordings are available, need only listen to this album.”

Originally only available on CD, Matsuli Music is proud to be releasing this breakthrough album on heavyweight vinyl in a deluxe limited edition with accompanying sleeve-notes from Derek Gripper.