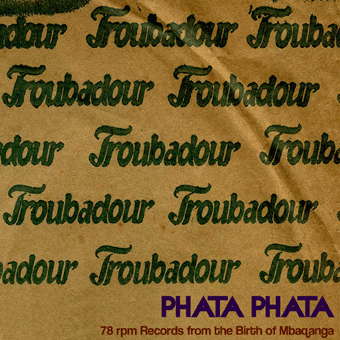 UPDATE (22:55 GMT on Wed 21 May): The download link has now been removed as promised (after 106 downloads). I'm hoping it will become available again at a later stage either here or in another form.

I am delighted that Jonathan Ward, 78 collector extraordinaire, and owner of the Excavated Shellac site, agreed to do a guest posting and provide a compilation tracking some of the urban styles of the 60s in South Africa.

Phata Phata: 78rpm Records from the Birth of Mbaqanga
"I was first hooked on 1960s South African jive and mbaqanga music when I bought a copy of the late-60s Mercury Records collection Ice Cream and Suckers on LP. I listened to it relentlessly, I grilled other record collectors about it, I recommended it to anyone with a pulse. I had started collecting earlier 78s of music from across the world whenever and wherever I could find them, so I began picking up these later South African 78s too, and was lucky enough to find a few modest caches in pristine condition. I was instantly enamored.

"By the early 1960s, what was considered African jazz began to sound stripped down and harder-edged, with electric instruments being introduced. The big band sound of the 1950s faded away, as did kwela, the popular pennywhistle-focused offshoot of South African jazz. The music was simple, repetitive. This caused consternation among the old guard, including sax player Michael Xaba, who is widely credited with derogatorily calling this new brand of music mbaqanga – a term which I’ve read literally means “porridge,” “dumpling,” or “the poorman’s soup.” However, if you were buying indigenous South African pop music during the 1960s, you would not see the term mbaqanga anywhere – much of it was called jive. Written on record labels were things like “African jive,” “Zulu jive,” “Vocal jive,” “Sax jive,” and “Jive S’modern.” Ice Cream and Suckers called it “Township jazz.” The term mbaqanga would not rise above its initial derogatory meaning until later.

"78rpm records in the 1960s? Yes, throughout the 1960s, long after nearly every other country with a record industry had abandoned the speed, South Africa was still predominantly marketing 78s. The 45 had taken off with flying colors from Ghana to Kenya, but it took a number of years before the same happened in South Africa. I’m not positive the reason, but I’m sure it has something to do with wide access to new stereo equipment (the same is true of India).

"Archaic playing speeds notwithstanding, the postwar record industry in South Africa was thriving. Sure, there were the big players who had been recording in South Africa since the 1930s: HMV, Columbia, and Africa’s very first independent record label, Gallotone. But the late 40s and 50s brought a slew of independents: Trutone, Quality, Troubadour, and Emvee. Gallotone introduced a subsidiary called New Sound. A record pressing plant in Zimbabwe had opened. On came more small labels, such as Winner, Tempo, Stokvel, F.M., Tee Vee, Drum, Motella, and more. While hundreds of kwela recordings were made in the 50s, literally thousands of mbaqanga/jive records were made in the 60s. Many appear to be studio musicians and vocalists recording under different names, over and over again!

"It’s not sacrilegious to admit that many of those jive and mbaqanga records do sometimes sound the same. So, for this collection I chose my favorites. There are a few well-known artists (Miriam Makeba), but many are relatively, if not completely obscure. There are a couple of nods to kwela (Holom Toe Swingsters), and a nod or two to mid-century African jazz (Transvaal Rockin’ Jazz Stars), but the bulk of this collection consists of the songs I could not get out of my head (Ngiyeke Mfana by the Jabulani Quads), the songs I listened to over and over and over, hypnotized (Banomona by the Zoo Lake Rockers), the songs that sounded raw (Same to You by the Hamanskraal Magic Group), the songs that sounded positively anthemic (Siyahamba by the Flying Jazz Queens), and anything else that hit me right. I even transferred two tracks from my collection which also appeared on that long out of print Ice Cream and Suckers record. And while in many respects this music represented big musical change in South Africa, there has to be a place for it. Not enough of it has seen the light of day. I hope you enjoy them!"

STRICTLY LIMITED DOWNLOAD NOW EXPIRED! SORRY FOLKS...106 OF YOU WERE LUCKY TO GET IT WHILST IT LASTED

For more sounds in a similar vein seek out the Manhattan Brothers and Dark City Sisters compilations on Sterns as well as the Miriam Makeba and the Skylarks compilation on Teal/Gallo. Alternatively I suggest you search out the folowing mainly US vinyl releases via eBay or GEMM: 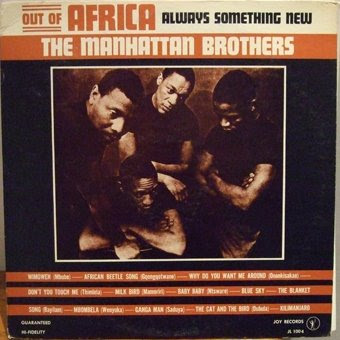 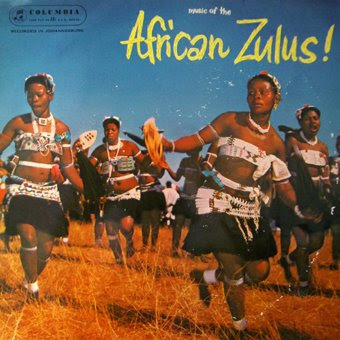 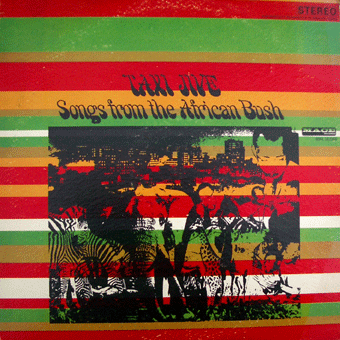 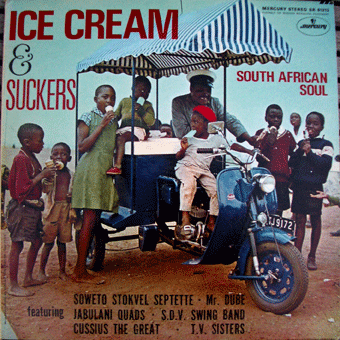 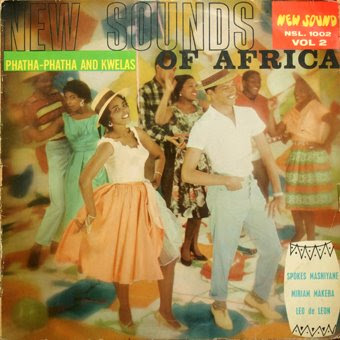 These are really special treasures. Thank you Jonathan for this ... ala Gwigwi Mrwebi, these deserve ... demand ... to be published again ... I realise the tremendous work this would require - copyrights etc .. but maybe someone out there can make it happen? chris a

Simply exquisite stuff! Thank you so much for sharing.

Question for Jonathan: Were SA 78's from this period pressed on Vinyl or Shellac? The sound is very good.

Great question. Others with more knowledge than I could step in, but from what I know: worldwide people began to experiment with different types of coatings for 78s after WWII (or even during, when it may have been difficult to import shellac). These records are just as brittle as any 78, but many of them (not all) are coated with what seems to be vinyl, hence the robust sound.

I did, however, clean them up, perform mono mixdowns, and EQ them a bit.

Truly a wonderful collection of music.

I feel lucky to have made it into the "strictly limited" window.

Fantastic stuff--thank you so much for posting! Matt- also there's a nice article in this past Sunday's NY Times about the Sterns Label and Tabu Ley--do check it out if you have a chance.

best collection of tracks i heard in a very long time! thanks jonathan.

I hope this is posted again some time! I think we all well trained by now to check this blog daily, but I kept receiving error messages when trying to download the file. Anyway, keep up the great work.

I was one of the lucky 106. Until now, I hadn't realised quite how lucky. Just getting time to listen through. What a truly fantastic collection. I'm entranced. and, as john b said, such incredible sound quality - hard to believe these are 78s.

Bound to be the soundtrack of my summer (assuming we get one...)

Thanks SO much Jonathan.

oh I missed it! Please bring it back. Please?

Any friends kind enough to share this amazing mix with me?
I'm: africa932003@netscape.net
I'll ask my ancestors to send prayers to yours in advance!
glenn

I'm only just getting to hear this and wanted to thank both Jonathan and Matt for a fantastic comp.

Jonathan, what audio editing software do you use?

is there any reason for such a limited post? there's no legitimate route to acquire this music so why make it impossible for people that're away from the computer for a couple of days? i don't understand what you're achieving

Is there a possibility of a repost?

Oh no! I missed another gem!

Darn it I am gonna just make this blog my homepage so I never miss another update...

I'm sorry so many of you missed it. Some people were bound to be disappointed. Regarding the limits neither Jonathan or I have clearance to issue these works and the limits are set in order to both promote and preserve a possible commercial issue in the future. Both Jonathan and myself are in touch with possible commercial options that provide a legitimate pay-back to the owners of the works. Uncontrolled distribution is not an option at the moment. All respect to Jonathan for agreeing to the limited release in the first place. Matt

Please re-up. This is impossible to get in the US, and would mean so much to me.

grooVemonzter said...
This comment has been removed by the author.
February 10, 2009

Hi Matt, If there is ever a commercial release of this amazing set of music please let me know. I will be first in line with cash in hand. Thanks ~ Cole

A fan of southafrican music, and also a desparate pal who was not one of the 106 lucky people, BEGS YOU to repost this.

SORRY but due to commercial reissues underway these tracks can no longer be shared via the internet.

Do you know the year each track was released?

Andy, I've asked the owner of the records to give us some feedback on dates.