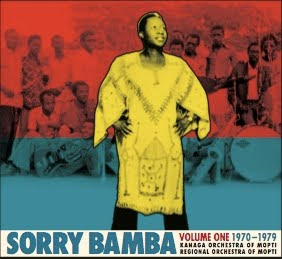 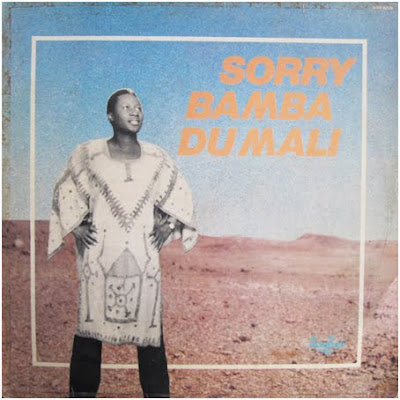 Another month and another label joins the recycling of material from Africa's golden past. Indie-label Thrill Jockey, home to African-American cross-over band Extra Golden, are releasing what would appear to be a two volume retrospective of Sorry Bamba. This release - with the direct input of Sorry Bamba himself compiles some very rare, never before released tracks from his time as leader of the Regional Orchestra of Mopti (later Kanaga Orch.)

I've been busy too preparing three new releases for the matsuli label. More news as soon as the contracts and details are done.
(I hope there is still room on the shelves)!
at 6:00 PM

Please be encouraged you are doing us great service!
Thanks
sincerely
wuod k