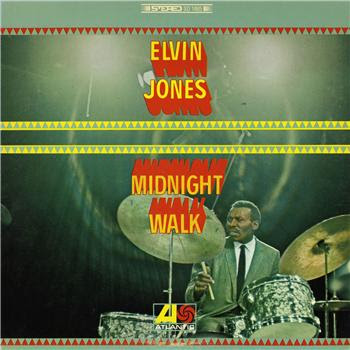 I've been hunting down a copy of this LP for many moons when out of the blue I saw one of my favourite stores (Honest Jon's in London) advertising a new vinyl reissue from Rhino. It's a lesser known sixties recording featuring Dollar Brand that I was first alerted to by Rashid Vally and came just a year before Dollar returned to South Africa to "clean out". The album features a stellar cast including: Elvin Jones (drums), Thad Jones (trumpet), Hank Mobley (tenor), Dollar Brand (piano), Donald Moore (bass), Steve James (electric piano) and George Abend (percussion).

The track I'm sharing today has been recorded many times over the years by Abdullah Ibrahim. If you're interested in Abdullah Ibrahims' collaborations then be sure to look out for his sets with Don Cherry, Carlos Ward, Bea Benjamin, Gato Barbieri, Kippie Moeketsi, Archie Shepp, Buddy Tate, Max Roach and Johnny Dyani. A shortened discography is published at flat international here.
at 9:04 PM

Tintinyana is truly one of my DB's favourites.
Do you know the origin of the name of this song ? In the "A Celebration" DB compilation, Lars Rasmussen tells Tintinyana was the name of the daughter of a journalist who wrote the liner notes of "DB Plays Sphere Jazz". She was born in 1954.

Excellent album, the whole band sounds great! Nice pressing too, mine is not even warped like so many of these reissues put out by scorpio (anyone else having this problem?). Tintinyana is a killer but the rest of the lp is nice too.