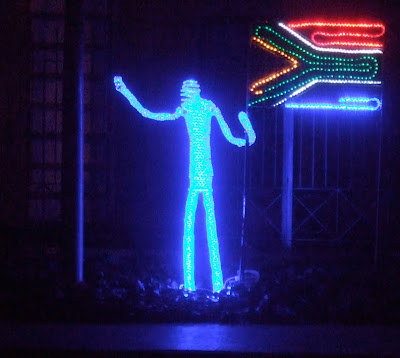 Back in Jozi, one more time before the World Cup madness takes control. For me its been a crazy start to 2010, dealing with moving home, a new daytime job (soon) plus finalising production for the Chapita re-issue. In the downtime I caught up with friends, did some digging and managed to catch the project Abdullah Ibrahim has been working on for some time, namely the New South African Orchestra. Security was tight as the Deputy President was in the house alongside many other dignatories. We even had the speaker of the Gauteng Legislature giving us words before the music.

Abdullah Ibrahim kicked off in a reflective mood throwing in one or two chords referencing his well known earlier works. Part two saw the New South Africa Orchestra (incuding Feya Faku, Khaya Mahlangu and Barney Rachabane) do some solo's and some big band arrangements. Abdullah Ibrahim spoke of heroes of the struggle now past and his desire to reclaim the City Halls around the country for music. We then had a rough interpretation of his South African anthem Mannenberg.
at 7:58 PM