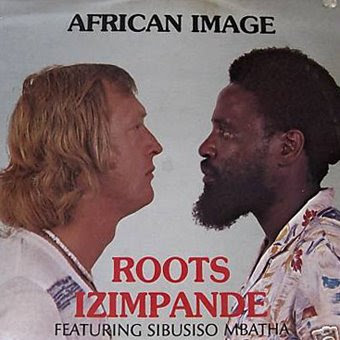 Thank goodness for the holidays. I got some sunshine in Mallorca along with a car crash, lost keys and an ATM machine that stole my card. No crate digging just sun, sea, good food, some day trips to Deia and Formentor and some relaxation. Already the holidays seem so far away. I'm back into the London groove whinging about the weather, politicians, the recession and other things. So I'm turning on the sunshine again with this 1982 South African lost classic. I first heard it on cassette in 1983 and had been searching high and low for it for some time. Its an uneasy crossover that combines lots of 4x4 drumming, Zulu vocals and plenty of keyboard. I love some of the tracks and thinking back it was a nice contrast to the work of artists like Juluka, Via Afrika, Hotline and others that were attempting different combinations of western and indigenous styles. From the sleeve notes:
"Music crosses all boundaries and is understood. The culmination of two years in a working together atmosphere which epitomises music team. A concept album that is pure Africa The crossover influence of two totally diverse styles...that of Tom Mkize and Glynn Storm"

Glynn Storm was best known for this work with SA rock group Backtrax whilst Tom Mkize had many gold records as artists and producer with groups such as The Daffodils and Abangani. 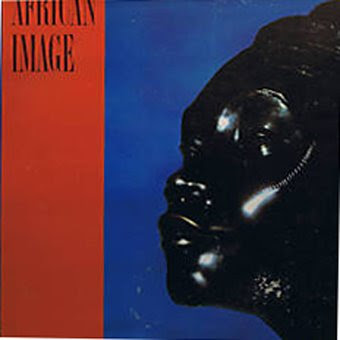 EDIT (4 Sept): It seems that this LP was reissued by Grammavision in the US in 1984 with a different cover. A single was also issued. Interesting to see how different marketing was required. In South Africa the idea of a white guy working with a black guy was seen as a selling point whilst the US cover went for a safer mystical imagery.
LIMITED DOWNLOAD
at 11:24 AM

Already the holidays seem so far away. I'm back into the London groove whinging about the weather, politicians, the recession and other things

Same thing for me in Paris... Courage!
Thanks fot this lp.
Bless.
Aduna

Nice to see the African Image.
I know the record also from years back but it had a different cover.
I always was suspicious that it were S Africans who were living in the U.S.

Not so; still quite nice music.
Thanks

Wonderful! Love the song Fly Machine! I've been looking for this one for years. Thank you!

the file isn't available anymore, i'd appreciate a lot if reuploaded.
thanks!
babaluma