"Been such a long time gone" to paraphrase Hugh Masekela from his "homecoming" tour to Southern Africa in 1980. But already that holiday feeling has passed and the real dread of corporate servitude is weighing me down. But visiting Berlin after a 10 year absence was great. Musicwise I'd been warned to expect little but on my first day walking near the hotel in Mitte I found three vinyl stores and picked up some gems including two Gnonnas Pedro LPs, an Idy Diop LP on Ndardisc, the Dr Nico LP that has him leaning back on a red Falcon and a Syliphone LP amongst others. All of the stores were around the Torstrasse area. 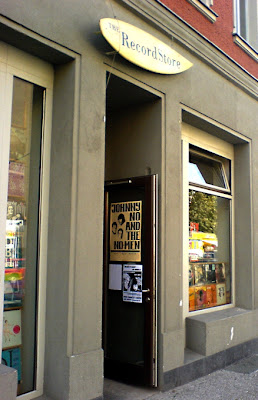 One of them simply called The Record Store had a number of Frank's (aka DJ Soulpusher from the blog Voodoofunk) LPs and singles on consignment. 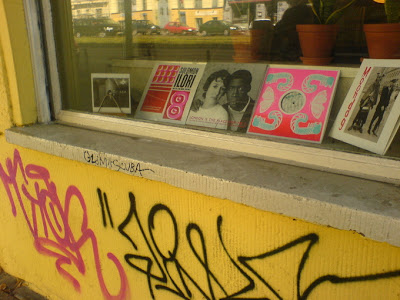 Check the nice Honest Jons display from the "Dig a Little Deeper" store.

And now for some music: a big summer favourite and already shortlisted for the re-issue of the year is Zanzibara 3: Ujamaa. I mentioned this a while back. This is a compilation of Tanzanian dance music from the late sixties. To whet your appetite for this and courtesy of one of the matsuli fans out there please enjoy the following LP from the same time and space: 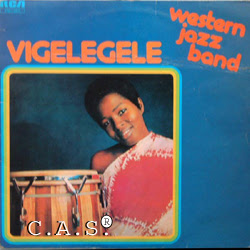 And thats all for now!

glad to see you back. sound like you found some great stuff in Germany - hopefully we'll get a chance to hear some of it.

Welcome back and with such a lovely post too! Do you happen to know what year(s) the underlying Western Jazz singles came out? I think I might actually prefer it overall to Ujamaa, although the Nuta Jazz and Dar Es Salaam Jazz tracks there do kill.

This is definately another album that I'm taking to my desert island. Wonderful.

thank you for all the treats. Unfortunately without an account, both sendspace and megaupload will not work at all here in the Czech Republic. How about uploading to sharebee - giving us a variety of choices?

I don't have to tell you what superb taste you have. I like your posts, wheather you post music or you mention new releases. (I was running to get AUTHENTICITE: THE SYLIPHONE YEARS (1965-80) as fast as possible.)

Unfortunately sendspace says the link to the Western Jazz Band was removed. I was trying yesterday – but sendspace is busy most of the time. Is there any chance of a reup? Would be warmly welcomed!

Sorry Dan .. these things are limited ....but it will come around again...

well, I guess it's good the was it is: things come, things go. I'm curious to see what comes up next. And thanks for your fast answer.

to the question about what year the singles came out - 1973 it looks like from:
http://tinyurl.com/34bagz

Any chance of re-uploading the Vigelegele LP? I missed it when it was still on Sendspace.

i missed the vigele download. i just saw it today.
what to do?

sorry but these links are limited...I suggest buying the Zanzibara 3 Compilation of 70s Tanzanian rumba....available at sterns here:
UJAMAA